The New Pict Tribe – A place to belong 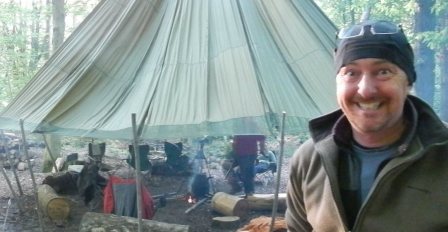 Okay.  For those that need a reality check…  You may have read our information concerning Vision Quest and also the New Pict Tribe, and because of some of the phrases, words or language used you are left thinking, “It all sounds a bit tree huggy, hippy and just weird.  I don’t think it’s for me…”  Be reassured, it’s not Hogwarts and the Sorting Hat. But it’s not easy to get across how profound the impact of this process can be on participants.

From 1983 I was a professional Environmental Scientist for 15 years.  I then moved to being a senior manager in the global software industry (reaching Managing Director) for another 15 years, when I wore a suit, tie, and shiny shoes every working day.  I have an MBA.  And Wilderness Vision Quest changed my life.

The Vision Quest experience is practical, process driven, and tried and tested.  Just because it’s ancient doesn’t mean it’s somehow magic or irrelevant to you today.  Reading this, it may come across a bit flaky or mystical.  But that’s certainly not me, or the eQeOUTDOORS Vision Quest experience.  Vision Quest is an established powerful, personal and life development process, and eQeOUTDOORS uses the power of being out in the Scottish wilderness, alongside a strong focus on learning practical bushcraft and wilderness living skills needed there, to reconnect with our natural world, along with modern coaching and therapeutic approaches in order to propel ourselves forward in life and as a person.  So, yes, magic does happen, but you make it happen.

During my own Rites of Passage – my personal Vision Quest in the Mojave Desert – I realised one of the biggest issues in modern society is the true lack of “tribe”.  I increasingly felt the crushing truth that I did not belong or integrate anywhere.  I had lost the tribe of my youth.  I felt irrelevant.

After fasting for four days and nights in the desert, my senior Vision Quest Guide said that he could see over my shoulder, stretching into the distance, a long line of ancestors.  And crucially, in the distance, as far as he could see, there was a group of painted people, with spears and bows, shouting and celebrating.  And the reason for their partying was that they knew their tribe was not dead, and a new warrior had at last re-awakened, and who remembered them, remembered his Pict ancestors, and remembered who he truly was.

With lack of “tribe” in today’s society (what we evolved to be part of, contribute to, and be accountable to) comes the lack of belonging.  The lack of a purpose within the tribe based on our strengths, what we have to offer, and who we truly are.  Ask military veterans who have left the service and many will show you what is missing without the Tribe:

So we have unashamedly re-instated the concept of the Scottish Pict Tribe, within which there are four Pict “houses” or sub-tribes to belong to, depending on who and what we truly discover we are, and what our strengths, needs and situation are.

I spoke with one of my guides about the fact that I had undergone what was essentially an American First Nation tribal process.  It is culturally theirs.  But as we talked, I understood that the principle is a global one, inherent still in virtually all contemporary hunter-gatherer societies around the world today.  My job was to bring this back and rediscover it for my own ancestral cultural context – the tribes and ancient peoples of Britain.

VISION QUEST WITH A PICTISH TWIST

As for the Four Pict Houses, these are actually a great tool and technique for getting to know who we are, where we are in life, and what our strengths and weaknesses are – personally or in the workplace.  Who are we?  How do we fit in, if indeed we do fit in at all?

We run Vision Quests but with a Scottish Celtic and Pictish underlying emphasis.  This is my culture.  These are my ancestors.  And there are similar ancient cultural structures and systems to those of our tribal brothers and sisters in America and indeed all around the world.

And so we have re-instated our Four Pict Tribal Houses – Wolf, Crow, Otter, and Kelpie.  Which one do you belong to today?  A Wilderness Vision Quest will uncover this.  Be prepared to move from one to another as you personally change and grow.

In the desert, a Vision Quest Guide and new found friend and brother perceived what was inside me – inside my DNA; my ancestry.  He saw that I belonged to the Native American “East Shield” and indeed the crow, the symbol of many things including wisdom, eldership, spirit and trickster.  Another Guide perceived that I also belonged to the Native American “North Shield”, our Pictish Wolf – adult, responsibility, leader, “mind”.  He called me his “Baby Elder”.